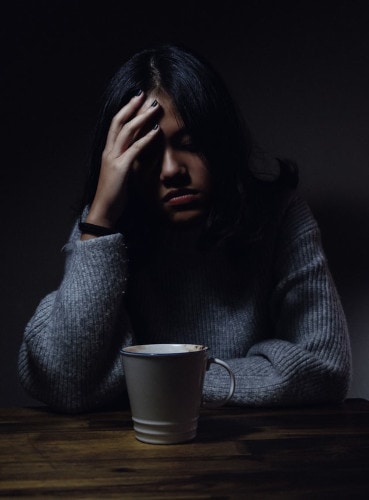 Our state of mind whether positive or negative is contagious and affects those around us and at times we find it at close quarters. For instance, when my mother was first diagnosed with tuberculosis is my first memory of being face to face with depression. It began with headaches that would come in flashes of debilitating pain, she had to quit her job and was at home. The illness made her feel different and took away from her the feeling of being in control and for us, as a family, it changed how we know and interact with each other. When my mother was having a good day, we are all having a good day, but if she was in a funk we are all in a funk.

Her unspoken battle with depression is also what exposed me to the vulnerabilities of mental health and the importance of taking care of one’s mind. The few times I suggested going to a therapist, she laughed it off and said that she does not need to because she is not mad. Instead, she clung to her faith and rationalized her sadness as a good thing, as if it were a form of penance. In fact, to this day she does not recognise herself as the one in charge of her happiness but transfers that responsibility to those around her and leaves it to the whims of her day-to-day experiences.

Personally, I suffer from anxiety and have experienced nervous breakdowns as a result. In those times, I have benefitted from the relief a counsellor or trained professional can provide. Self-help is a critical part of growing up and taking care of ourselves. But sometimes even introspection and internal dialogues cannot help us and in times like this, I have found an external voice to be most helpful. I usually reach out to a friend who can give me objective feedback, but speaking to a therapist meant that I was that she was a professional and is qualified to help me deal with it, it also allowed me to be more vulnerable and more open.

While the first session was a bit awkward, mostly because of the image of therapy that we had from the media, I imagined lying down on a couch and talking about my problems to a bespectacled man. I did not lie on a couch at all and my therapist was a young, attractive and patient woman. Once I got over my initial hang-ups, shared a cup of coffee with her and got familiar with the setting, it became much easier for me to talk to her leaving me with a largely positive experience.

I learned to identify my symptoms and how to combat it, I learned that being idle was a huge trigger, so was the question what will other people think. Most of my time was spent in making myself likeable than actually being honest and true to myself. In fact, even though I held strong opinions, I was afraid of saying them out loud due to a crippling lack of confidence and the overwhelming sense of what will he/she think? I attended therapy for two months and found that it kickstarted my journey into myself. I have learned that activity helps me, running, yoga, even a brisk walk to the department store has exceedingly positive effects, and I know when the feelings of paranoia and anxiety are setting in and I instantly counter it by checking email, doing a spot of writing, or getting some exercise. I also make sure to avoid social media in these times.

As my mother and many other people believe, going to see a therapist or a psychologist is hardly an indication of madness, it is simply the need for an unbiased third party to help us sort the thoughts in our head. A trained professional can help us see clearly, overcome the doubts and fears that we may have and prioritise our life goals in order of importance. Finding a therapist is also not a one size fits all game, sometimes it takes a while for us to get comfortable and for the initial teething phase to get done. But when I look at the larger picture, I believe getting help from a trained psychologist or counsellor is an investment in the long game, a step towards bettering my own mental health and well-being.